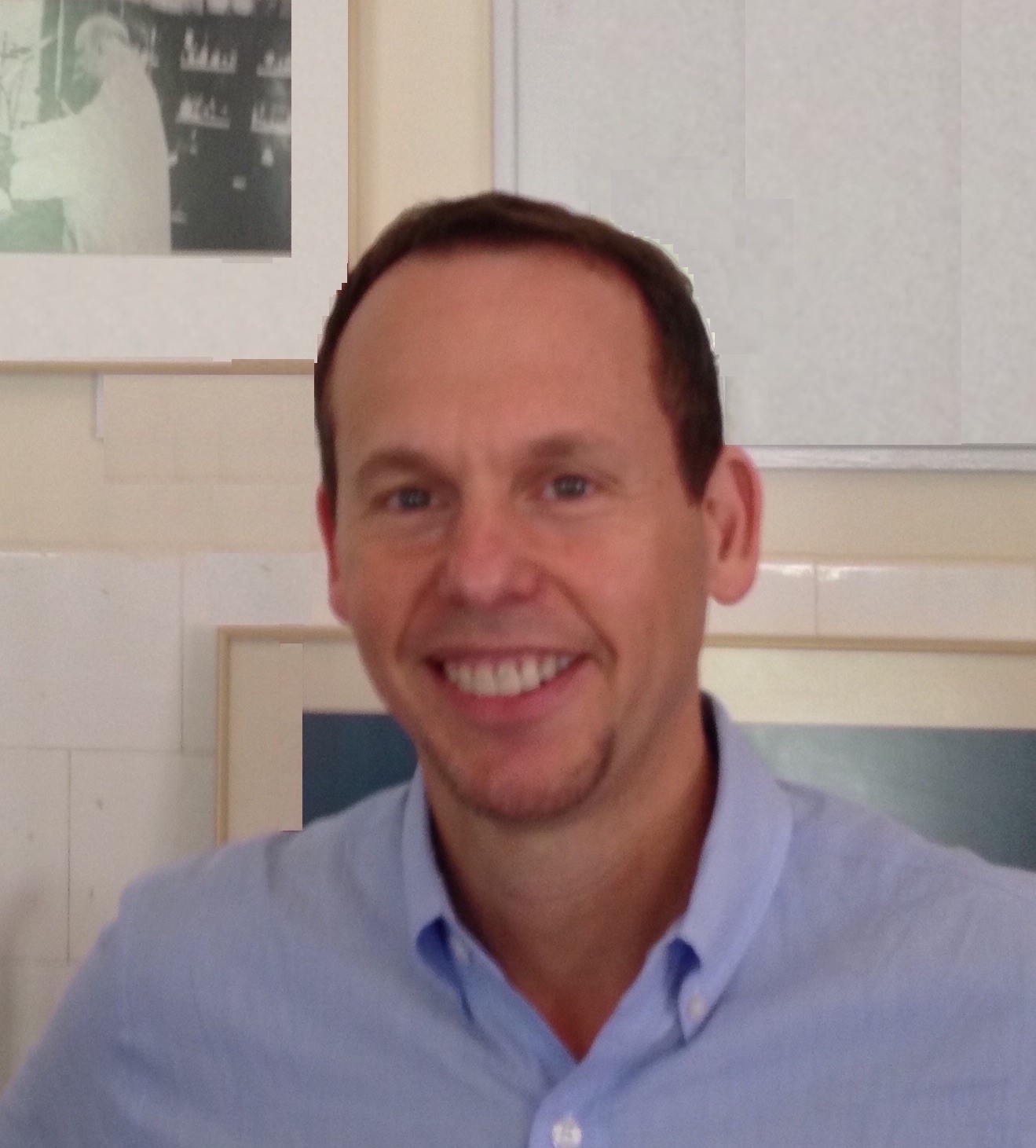 The research conducted in my group is focused on the reactions between transition metal complexes and simple organic molecules, particularly hydrocarbons. Our work generally involves a mechanism-based approach to the development of catalysts.

The catalytic functionalization of alkanes and other molecules with normally inert C-H bonds is a scientifically challenging problem that presents great opportunities in terms of economics, environmental benefits, and energy self-sufficiency. Catalysts for both the dehydrogenation and the carbonylation of alkanes have been developed in our group; these were among the first efficient organometallic alkane functionalization catalysts. 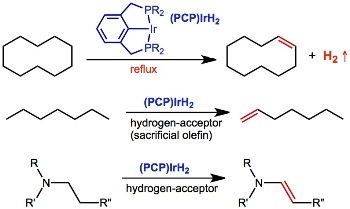 We reported the first efficient solution-phase catalysts for alkane dehydrogenation that require neither the use of photochemical irradiation nor a sacrificial hydrogen acceptor. These “pincer catalysts” have also been found to catalyze reactions as industrially significant as dehydrogenation of n-alkanes, to give the important alpha-olefin products, or dehydrogenation of polymers to allow entry into a diverse manifold of functionalized polymers. Concomitantly, applications in organic synthesis are being investigated.

Alkane Metathesis and other Tandem Systems for Catalytic Hydrocarbon Transformation

Olefins are ubiquitous as intermediates in the petrochemical, commodity chemical, and pharmaceutical industries. Tandem systems that could effect dehydrogenation of alkanes or alkyl groups, followed by a useful secondary reaction of the resulting olefin, offer potentially powerful routes to various products, while avoiding undesirable secondary reactions that can occur in simple alkane dehydrogenation systems. Under the auspices of “CENTC” (see below) and in collaboration with the group of Maurice Brookhart at UNC, we have developed one such system that effects the metathesis of alkanes. A potential application of this system is in the upgrading of Fischer-Tropsch alkane product mixtures to afford greater yields of C9-C19 n-alkanes, ultimately obtained from feedstocks such as coal or biomass. Known as “FT diesel”, this comprises a transportation fuel that burns cleanly and gives ca. 35% greater mileage per ton CO2 emitted than gasoline.

Another tandem reaction discovered by our CENTC team is alkane aromatization. Remarkably this system converts n-alkanes to aromatics, under relatively mild conditions. This is the first homogeneous system reported for dehydroaromatization, and the first catalytic system of any type that converts higher n-alkanes to aromatics of the same carbon number (e.g. n-dodecane gives C12 n-alkyl aromatics).

Oxidative addition and its reverse, reductive elimination, comprise perhaps the most important and distinctive class of reactions of transition metal based catalysts and reagents. While this class of reactions is critical for the catalytic transformations of many types of molecules, until now it appeared inaccessible with sp3-C-F and C-O bonds. Such bonds are of great interest in many contexts, ranging from pharmaceuticals to the conversion of biomass to fuels and chemicals.

Our lab has recently discovered the first example of oxidative addition of sp3-C-F bonds, an outgrowth of recent work on the novel addition of sp3-C-O bonds. Perhaps most interestingly, the reactions are found to proceed via an unprecedented pathway, in which the metal atom initially inserts into a carbon-hydrogen (C-H) bond in the molecule. This unusual pathway must also be operative for the reverse reaction, in which C-F or C-O bonds are formed.

In another surprising reaction we have found that C-H addition of an aromatic (tropone) results in nucleophilic activity at a remote site on that molecule. Oxidative addition of C-H bonds has been assumed to have great potential for the purpose of catalyzing functionalization in which there is an overall cleavage of the C-H bond. The discovery of these reactions highlights the possible applicability of C-H bond addition toward functionalization of various substrates, not necessarily at the site of the C-H bond cleavage.

A new target of our research is the “hydrocarbylation” of olefins. Like dehydrogenation, this reaction has a nearly unlimited number of potential applications ranging from natural gas liquefaction and petrochemical conversion to complex organic syntheses.

In addition to experimental approaches, ab initio molecular orbital calculations are conducted in collaboration with Prof. K. Krogh-Jespersen. This work has yielded new perspectives on the most fundamental aspects of organometallic chemistry such as the nature of the metal-CO bond or the process of C-H addition. We now believe that the power of computational chemistry has reached the point where the modification or even the de novo design of catalysts using MO calculations is entirely feasible; efforts in this direction are currently underway.