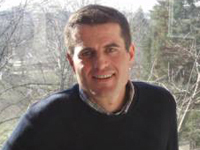 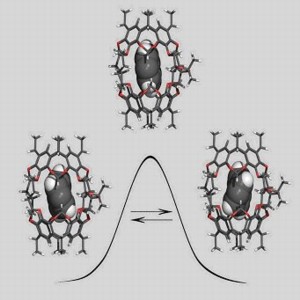 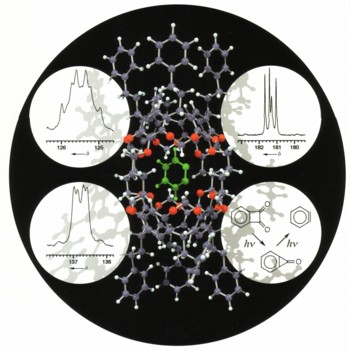 The photochemical generation of o-benzyne in the inner phase of a hemicarcerand (center). Photolysis of incarcerated benzocyclobutenedione yields o-benzyne and two molecules of CO, which escape the inner phase (bottom right bull eye). The surrounding hemicarcerand protected the highly strained o-benzyne from self-destruction, e.g. dimerization, and allowed us to characterize for the first time o-benzyne by liquid phase NMR spectroscopy. Partial 13C-NMR spectra of a fully 13C-labeled o-benzyne are shown in the bull eyes on the left side and in the upper right corner. 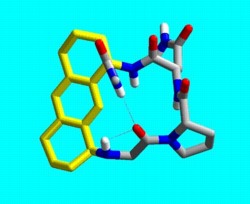