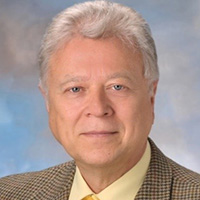 Mikhail Rodkin, PhD, is currently the Vice President of Refining Catalysis Research and Analytics at BASF.

Dr. Rodkin had previously been the VP of Chemicals, Polymerization, and Refining Catalysis Research (2010 – 2016), working on heterogeneous catalysts for chemical transformations such as hydrogenation, dehydrogenation, isomerization, and Zeigler-Natta polymerization. Prior to that he was the VP of Environmental Catalysis Research (2003 – 2010), working on catalysts for the abatement of harmful emissions from mobile sources including automobiles, trucks, buses, motorcycles, and other gasoline- and diesel-powered vehicles.

He received his PhD in Organic Chemistry from Moscow State University and he is a Member of the Board of Directors of the Research and Development Council of NJ.