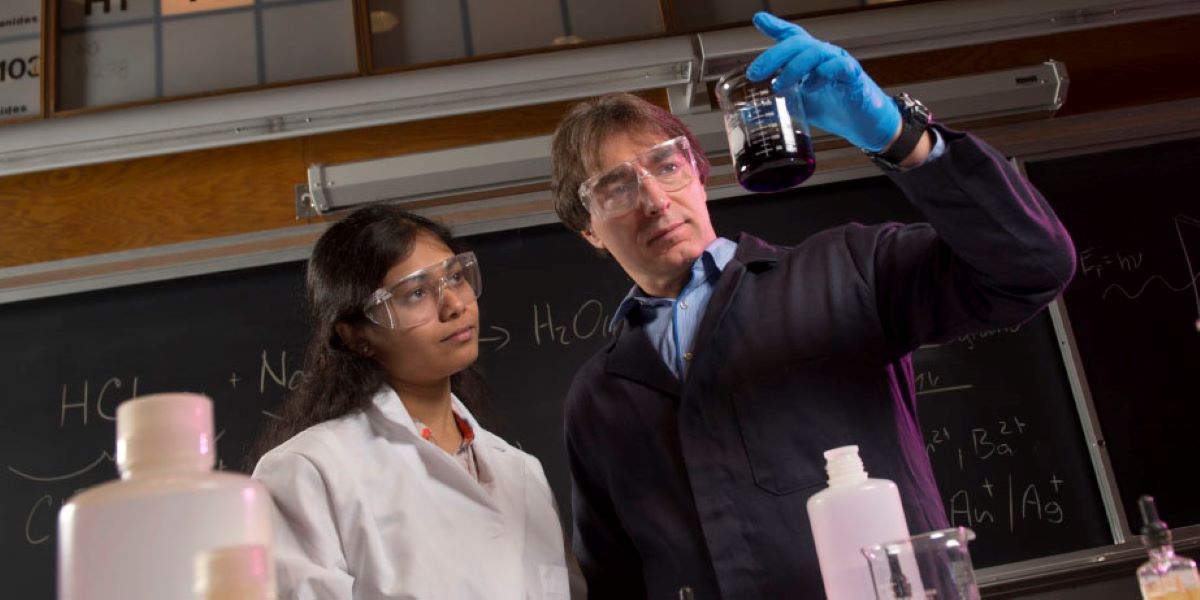 Darrin York, a Henry Rutgers University Professor in the Department of Chemistry and Chemical Biology, has received the second annual Grossman Innovation Prize from the School of Arts and Sciences. York is the second CCB faculty member to receive the prize, as Charles Dismukes won last year's. 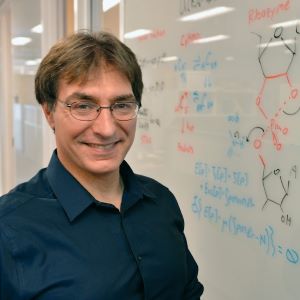 The prize, made possible through a gift from Rutgers alumnus Alan Grossman, provides financial support over a one-year period to faculty members developing innovative ideas with commercial potential. The support allows recipients to develop their work to the proof-of-concept stage, when they would be eligible for venture capital funding and/or spin-off as independent businesses. A distinctive feature of the prize is that undergraduate students are intimately involved in the research and development process.

The results were announced by Executive Vice Dean James Masschaele.

“Creativity and innovation are hallmarks of SAS and Professor York and his team are wonderful examples of the cutting-edge research being undertaken throughout the School,” Masschaele said.

The York team, which also includes Associate Research Professors Timothy Giese and Tai-Sung Lee, will use the Grossman Prize to investigate the use of quantum mechanical force fields with machine learning applications for the drug discovery process. In the pharmaceutical industry, reliable predictions of drug efficacy depend on the accuracy of the underlying physical models that go into the computer simulations. York and his team are developing techniques and technologies that have the potential to greatly accelerate the process. This could reduce both cost and time to market, and lead to new tools that guide precision medicine therapies.

“We are poised to bring to bear our most recent technologies to facilitate the design of new drugs to treat COVID-19 and combat viral resistance,” said York. “The Grossman Innovation Prize will enable us to greatly accelerate our drug discovery efforts.”

York is director of the Rutgers Laboratory for Biomolecular Simulation Research, where his team focuses on the development and application of multi-scale quantum methods for simulations of biological reactions and prediction of drug-target binding. His lab is one of a handful from around the country that was recently granted access to Frontera, the fastest academic supercomputer in the world. York is also a resident member of the Rutgers Institute of Quantitative Biomedicine.

In 2014, York was honored as the New Jersey Professor of the Year by the Council for Advancement and Support of Education (CASE) and Carnegie Foundation for the Advancement of Teaching.

Eight proposals were submitted in the second year of the Grossman Innovation Prize program, ranging from innovations in wound care to novel technologies for language acquisition. Three teams were selected to submit videos highlighting their proposal to the review committee, which consisted of SAS faculty, representatives from the Office of Research Commercialization (ORC), and SAS alumni with industry perspective.

The Grossman Innovation Prize is made possible by a generous donation from Rutgers alumnus Alan Grossman. Grossman received his BS in Computer Sciences (with Honors) from Livingston College, Rutgers University and went on to complete an MS in Computer Sciences from Stevens Institute of Technology. He had a distinguished 25 year career in the telecommunications industry. Since its creation in May 2011, The Alan H. Grossman Annual Scholarship has provided financial assistance to more than 20 Rutgers students.