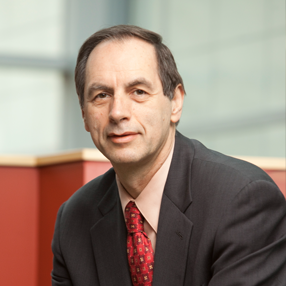 Congratulations to Joachim Kohn on his 2020 ACS Award in Applied Polymer Science!

Joachim Kohn has been selected for the ACS National Award for Applied Polymer Science. This award recognizes and encourages the achievements of scientists who are active in the fields of polymer and polymer materials research. It is noteworthy that Alan Goldman, another professor in the Department of Chemistry and Chemical Biology, won the ACS Award for Inorganic Chemistry last year. We are proud to have two faculty members receive these prestigious awards in consecutive years.

The following are the recipients of awards administered by the American Chemical Society for 2020. With the exception of the Arthur C. Cope Scholars, recipients will be honored at the awards ceremony on Tuesday, March 24, 2020, in conjunction with the ACS Spring National Meeting in Philadelphia. For more information, visit www.acs.org/nationalawards.

ACS Award for Achievement in Research for the Teaching & Learning of Chemistry, sponsored by the ACS Exams Institute, Stacey Lowery Bretz, Miami University.

ACS Award in the Chemistry of Materials, sponsored by DuPont, David B. Mitzi, Duke University.

Earle B. Barnes Award for Leadership in Chemical Research Management, sponsored by the Dow Chemical Foundation, Wendy B. Young, Genentech.