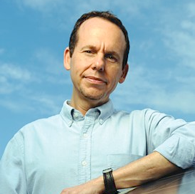 Congratulations to Alan Goldman on his 2019 ACS Award in Organometallic Chemistry!

The following are the recipients of awards administered by the American Chemical Society for 2019. With the exception of the Arthur C. Cope Scholars, recipients will be honored at the awards ceremony on Tuesday, April 2, 2019, in conjunction with the 257th ACS National Meeting in Orlando. Nominations are being accepted for the 2020 national awards through Nov. 1. For more information, visit www.acs.org/nationalawards.

ACS Award for Achievement in Research for the Teaching & Learning of Chemistry, sponsored by the ACS Exams Institute, Diane M. Bunce, Catholic University of America.

ACS Award for Research at an Undergraduate Institution, sponsored by Research Corporation for Science Advancement, Carol A. Parish, University of Richmond.