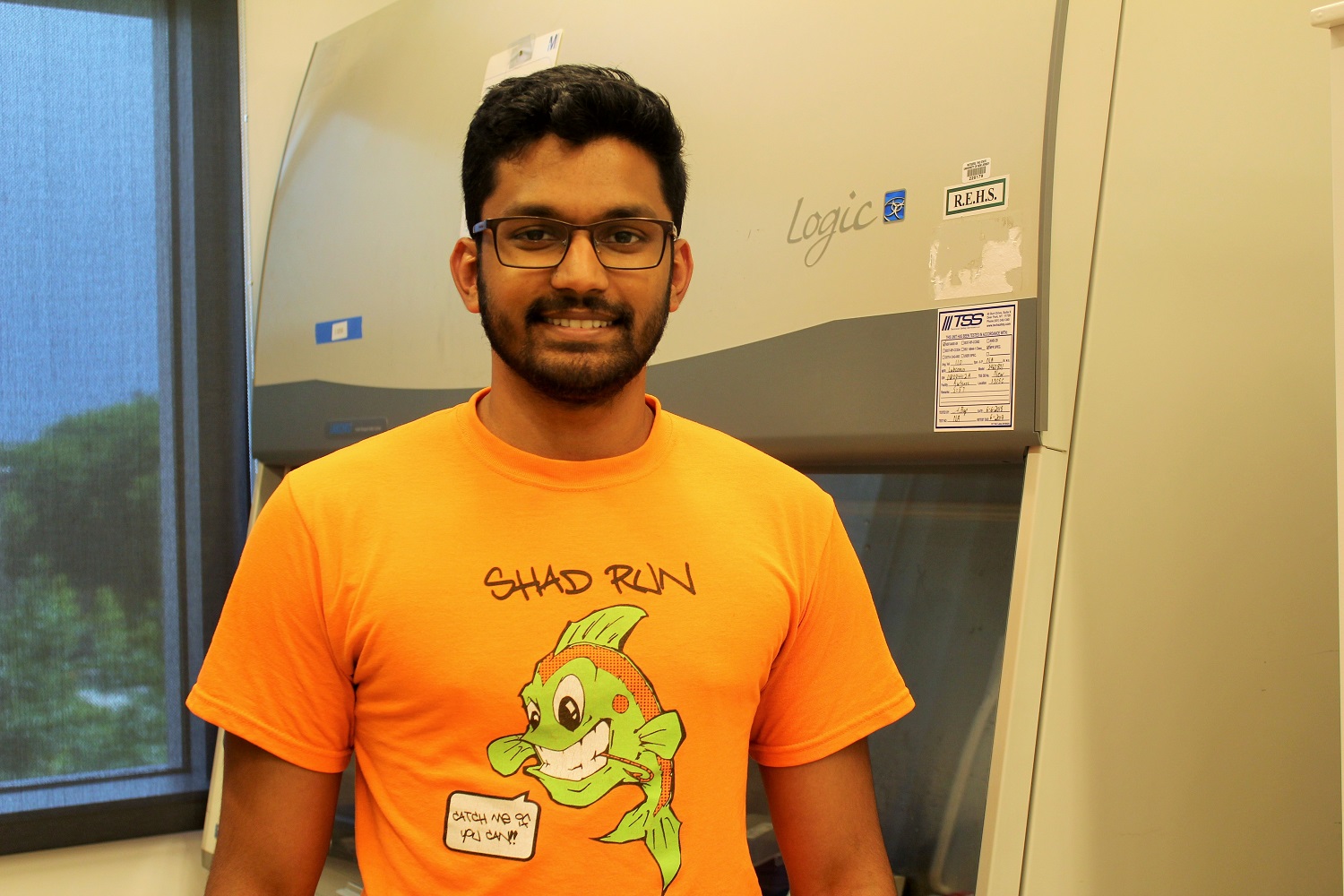 Rathnam is a rising fourth year graduate student, in the lab of Dr. KiBum Lee. The Lee lab focuses on integrating Nanochemistry and chemical biology to create next generation tools to study and control cell fate. Rathnam’s research focuses on developing novel nanomaterials for the treatment of disorders of the central nervous system, specifically, nano-therapeutic based gene therapy and nano-scaffold design for cell therapies for spinal cord injury. 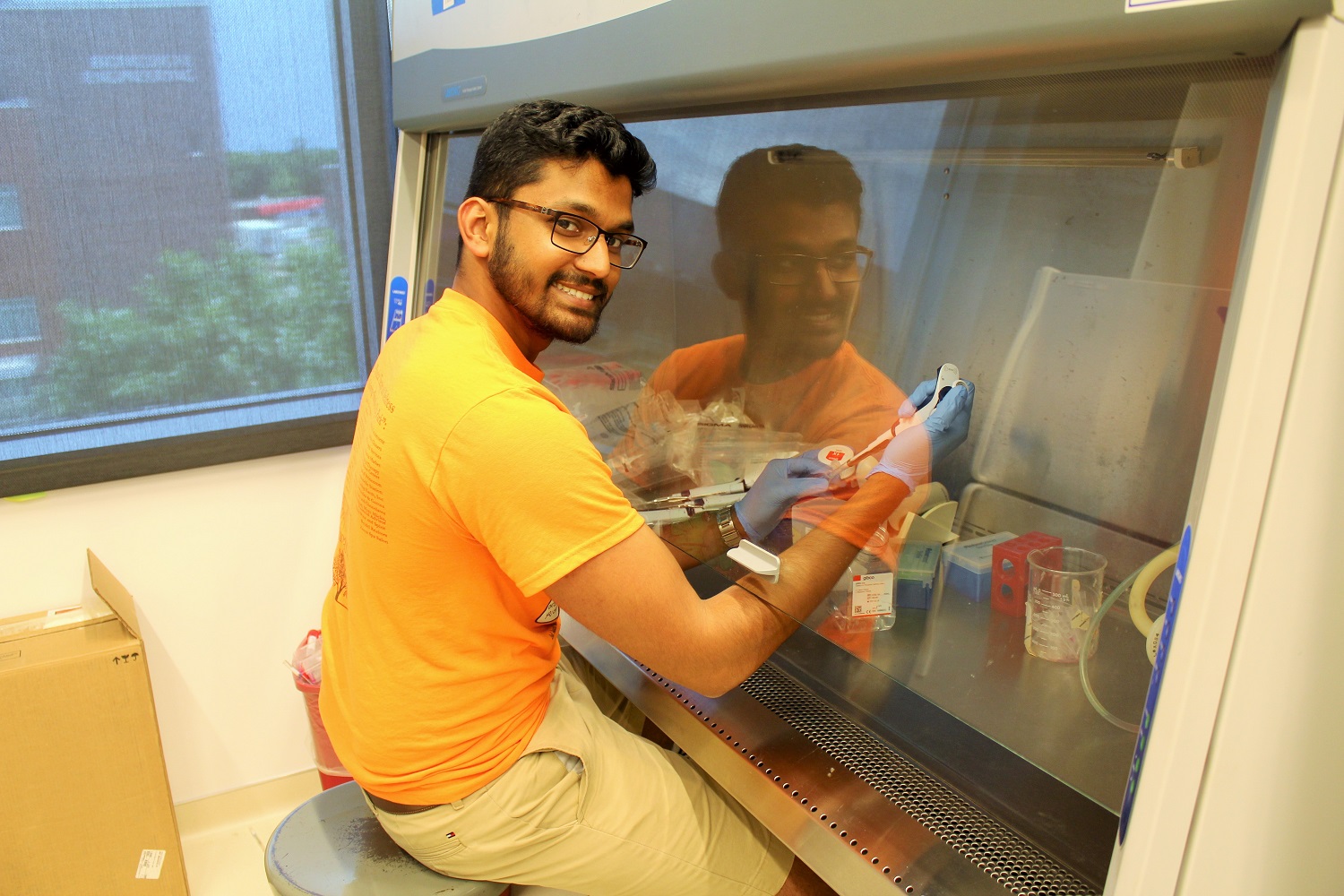 The goal of this proposal is to redesign a technology called NanoScript, which the Lee lab has developed over the last several years, for the treatment of spinal cord injury. NanoScript is a nanoparticle based artificial transcription factor that can turn on or off genes in cells that can control cell behavior. By carefully designing the NanoScript platform, it can be tailored to turn various cell types into neurons which are the function unit of the central nervous system. This platform will be optimized and tested in three different cell lines chosen based on their clinical relevance. The work outlines two different therapeutic avenues. The first involves transplantation of cells, after being converted to neurons by NanoScript, into the damaged spinal cord of rats to reconnect the damage spinal cord. The second involves directly delivering NanoScript into the spinal cord to convert the local cells that invade the injury site into neurons to reestablish the neural connections. This study will advance research on cell transplantation into the spinal cord and can potentially lead to clinically relevant therapeutic options.

Rathnam received his B.S. in Biomedical engineering at Rutgers University and has previously received the NIH T32 Biotechnology Training fellowship.