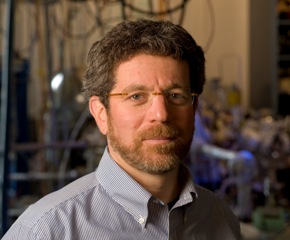 From the office of Academic Services:

After a thorough national search, Distinguished Professor Eric (Rick) Garfunkel has been appointed Vice President for International and Global Affairs. Dr. Garfunkel is former chair of the SAS Department of Chemistry and Chemical Biology and the Associate Director of the Institute for Advanced Materials, Devices and Nanotechnology. He has served as Interim Vice President, overseeing the Centers for Global Advancement and International Affairs (GAIA Centers), since August 2015 and has done an excellent job further developing Rutgers’ international programs and services during this period. Dr. Garfunkel will assume his new role as Vice President July 1, 2016.

Dr. Garfunkel has an extensive record of international research and educational activities, and has held visiting professorships in France, China, Italy, and Germany. He has been very active over the past two decades with the Materials Research Society (MRS), an interdisciplinary organization of scientists and engineers from academia, industry, and government from more than 80 countries. He has helped to organize international conferences in half a dozen African and South American countries, as well as Russia, China and India. Since his appointment as Interim Vice President, Dr. Garfunkel has helped Rutgers coordinate various initiatives and strengthened partnerships with institutions in China, Cuba, India, Indonesia, Iran, Mexico and Peru, as well as in several African countries.

Rick is an accomplished scholar, educator, and administrator. He received his Ph.D. in Chemistry from UC Berkeley and holds a B.A. from Haverford College. His research is in the general field of nanoscience, with a focus on surfaces, ultrathin films, and interfaces. His work has technological applications innanoelectronics, sustainable energy (including solar), and biomaterials. He has been the PI or co-PI of 20 NSF grants, and has also received funding from the Department of Energy, the Environmental Protection Agency, and several other agencies and companies. He has over 200 scholarly publications and has mentored approximately 50 graduate students, 30 undergraduate students, and 30 postdoctoral fellows.