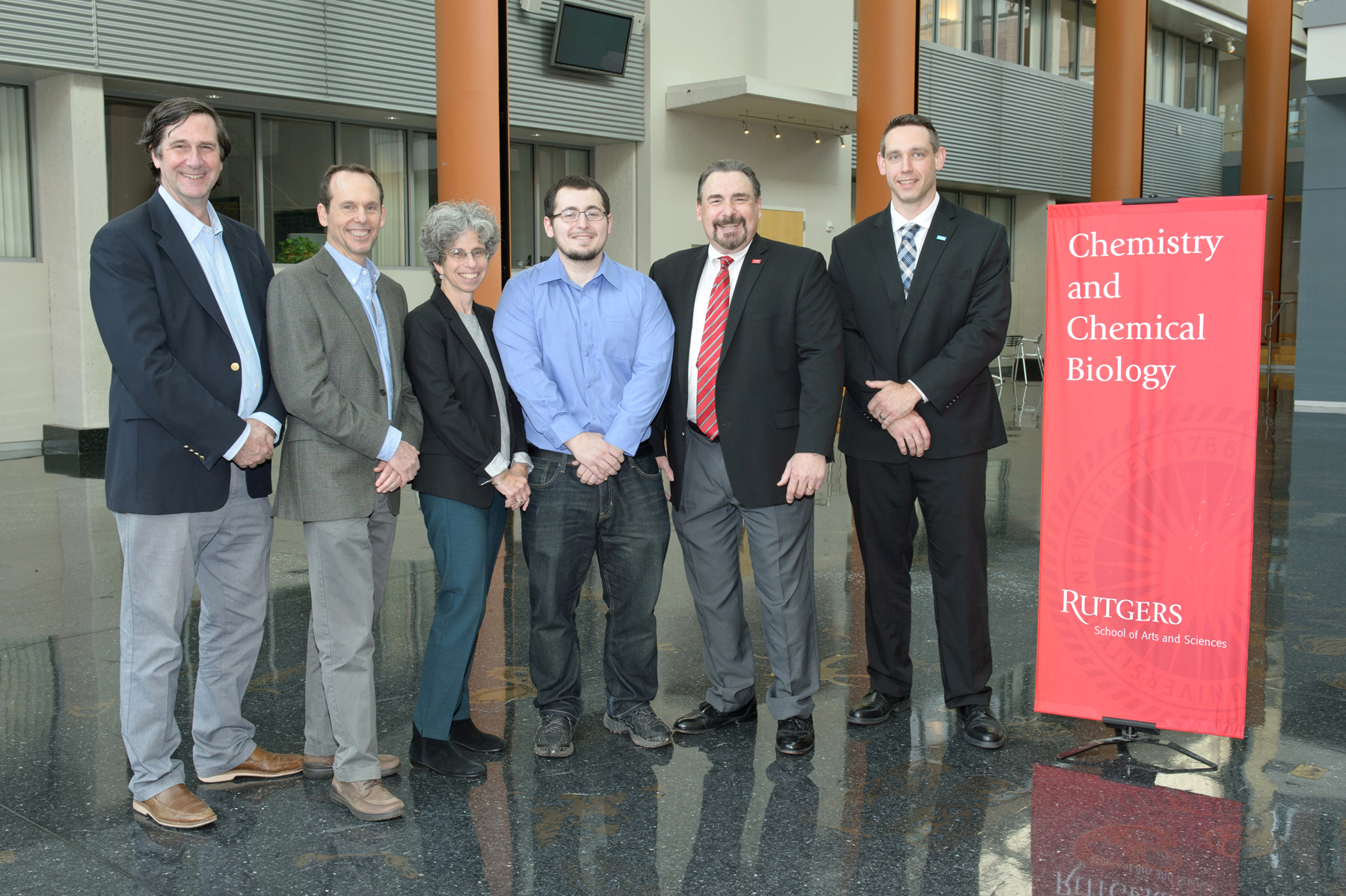 ration, the Catalysts Division and Heterogeneous Catalysts Research (GCC) has generously donated a one-year fellowship for a high-achieving chemistry graduate student in his/her third or fourth year of study in the Rutgers-New Brunswick Department of Chemistry and Chemical Biology.

Nicholas (Nick) Lease was selected as the inaugural BASF Corporation Catalysts Division Fellow for the 2015-2016 academic year in recognition of his strong academic record, honors and awards, and other meritorious credentials. At Rutgers, Nick works under the direction of Distinguished Professor Alan Goldman, where his research focuses on the use of iridium pincer complexes as catalysts. Nick hopes to eventually put his degree into practice by working in the chemical industry in the United States.

On July 25, 2016, Nick presented his research finidings to the GCC in his talk titled "Pincer-Ligated Osmium Complexes for the Catalytic Conversions of Small Molecules", which outlined his studies with new osmium complexes of so-called “pincer” (tridentate meridionally coordinating) ligands.

Nick earned his Bachelors of Science from CUNY Brooklyn College, where he conducted research with Dr. Maria Contel’s group. Nick’s experience with Dr. Contel’s group reinforced his interest in a career in chemistry, and ignited his passion for working with organometallics. Nick has earned many prestigious awards and fellowships during his undergraduate and graduate student experience, including: CUNY Presidential Scholarships, CUNY Summer Undergraduate Research Program, Rutgers University School of Arts and Sciences Excellence Fellowship, and Duff Travel Award.

Nick is president of the Chemistry Graduate Student Association at Rutgers. He also served as its treasurer from 2014-2015. He is a member of the English for Chemistry Mentor Exchange Program with Jilin University and coach of the chemistry softball team. Nick participates in the LEEDAR program (Learning Enhanced through Experimental Design and Analysis with Rutgers), an NSF funded outreach program with local high schools.

The Department of Chemistry and Chemical Biology congratulates Nick and thanks BASF Corporation for this tremendous investment in our students.