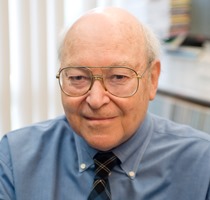 When he’s not busy writing about baseball, stamp collecting or Sherlock Holmes, Rutgers Chemistry Research Professor Robert A. Moss searches for innovations in reactive organic intermediates – something the National Science Foundation (NSF) has funded for over half a century.

“By the time my NSF funding expires in 2016, I will have received the foundation’s support for 51 years,” said Moss, 72, who retired from teaching in 2006 so he could focus on his research. “I believe that’s a record for Rutgers Chemistry. I have received support from many agencies and organizations over the years, but NSF has been with me the longest. They recently extended my funding without my requesting an extension so I guess they like what I am doing.”

Moss grew up in Brooklyn and graduated from Brooklyn College in June of 1960 with a degree in Chemistry before earning his doctorate at the University of Chicago. After a postdoctoral fellowship at Columbia University, he came to Rutgers as an Assistant Chemistry Professor in 1964.

Moss taught for over 40 years before exclusively pursuing his first love – a class of unusual molecules known as reactive intermediates, which are fundamental to organic chemistry. These ephemeral molecules, appearing ever so briefly during certain chemical reactions, may live for as little as one trillionth of a second.

“These intermediates are crucial to pathways through which scientists can create new and different materials, things we need and use like new drugs for human health or coatings to protect our buildings and bridges,” Moss said. “To make such things, we need a full understanding of the reactions that produce them – and all the players involved.”

He supervised a team of up to 12 students during the height of his career, including 61 Ph.D. candidates and 50 postdoctoral associates. Moss and his associates and have authored more than 430 scientific publications, including eight co-edited books, the latest of which, Contemporary Carbene Chemistry, is expected to be published by Wiley later this year. Published contributions over the years have included reactive intermediates (carbenes, carbocations, carbanions), reactions in organic aggregates (micelles and liposomes), and the decontamination of toxic organic phosphorous compounds.

When not writing about chemistry, Moss authors articles on baseball, stamp collecting and Sherlock Holmes for various media outlets, including NINE, The American Philatelist and The Baker Street Journal. A stamp collector as well, Moss owns an extensive collection of stamps of the Faroe Islands, which lie halfway between Iceland and Scotland and west of Norway.

He has lived in Metuchen for the last 40 years with his wife, Sandra Wolman Moss, a retired physician who now writes and lectures on medical history. They have two sons, Kenneth, who is Associate Professor of History at Johns Hopkins University, and Daniel, who is Assistant Professor of English at Southern Methodist University. They also have two grandsons.

“I love research, but when the new NSF grant expires it probably will be time to do something else,” said Moss. “I think I can find something to keep me busy.”