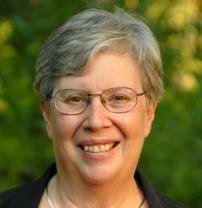 Helen M. Berman, Rutgers Board of Governors Professor of Chemistry and Chemical Biology, has received many honors over the years for her achievements in building what she calls a “scientific collaboratory,” the Research Collaboratory for Structural Bioinformatics (RCSB) Protein Data Bank (PDB).

The PDB has been headquartered at Rutgers since 1998, but Berman’s training as a scientist and community organizer really started in Brooklyn, N.Y. long before anyone envisioned the worldwide success of the data bank.

“My father, Dr. David Bernstein, was a professor at NYU Medical School and a surgeon who practiced medicine in Brooklyn for over 40 years and my mother, Dorothy, was his office manager and a community organizer on various health initiatives,” said Berman. “She was given the Mayor’s Volunteer Action Award for her work in health education and preventive medicine. So I like to think I have a little bit of both of them in me.”

In April, the American Society for Biochemistry and Molecular Biology will present Berman with the DeLano Award for Computational Biosciences, which acknowledges technological innovation that enhances research in the life sciences at the molecular level and is readily available to the scientific community.

Berman, now a Princeton resident, was raised in Brooklyn and studied Chemistry at Barnard College before earning a Ph.D. at the University of Pittsburgh. Berman worked at Fox Chase Cancer Center for 20 years, researching nucleic acid crystallography and drug nucleic acid interactions. She moved to Rutgers in 1989, expanded her program to include the study of the structures of collagen and protein-nucleic acid complexes, and at the same time developed structural databases and ontologies.

“Structures of proteins began to emerge in the late 1950s and 1960s and there were groups of people who were very interested in seeing if it was possible to understand how proteins form into their final conformation,” Berman recalls. “I began to talk to a lot of people in my community about archiving those structures so we could have easy access to them. I was absolutely convinced that archiving and open sharing of these structures would enable scientists to understand the relationships between sequence, structure and function and their importance in health and disease.”

In the 1970s Berman began working with colleagues to establish the PDB archive at Brookhaven National Laboratory as a place to store and share data about the 3D structures of proteins and nucleic acids. In 1998, when the RCSB won funding for PDB and moved it to Rutgers, the data bank had 9,000 archived structures. Today, PDB uses the most advanced technology available to share over 88,000 structures with 250,000 unique users.

“I don't think people envisioned how large and complex the PDB would turn out to be,” Berman said. “Many of the structure determination methods used today didn’t exist. The archive’s audience has also changed from being mainly structural biologists to many and various types of users.”

The PDB archive is the single worldwide repository of information about the 3D structures of large biological molecules, including proteins and nucleic acids, providing an essential resource of information about biomolecular structures. These molecules of life are found in all organisms, from bacteria and plants to animals and humans.

“Understanding the shape of a molecule helps to understand how it works,” Berman said. “This knowledge can be used to help deduce a structure’s role in human health and disease, and in drug development. The structures in the archive range from tiny proteins and bits of DNA to complex molecular machines like the ribosome.”

Today, the RCSB PDB member institutions are Rutgers and University of California, San Diego. The majority of the RCSB PDB staff and infrastructure are headquartered at the Rutgers Center for Integrative Proteomics Research, a four-story, 75,000-square-foot-facility on the Busch Campus.

In recognition of the international nature of PDB depositors and data users, Berman helped launch a worldwide collaboration in 2003 to manage the Protein Data Bank. Called the Worldwide Protein Data Bank (wwPDB), the organization joins the RCSB PDB together with wwPDB institutions in the US, United Kingdom and Japan. Berman hopes more international partners will be added in the future.

Locally and around the world, RCSB PDB continues to work to enable scientists to achieve medical advances and help everyone from grade school students on up understand the structural view of biology through outreach programs and innovative online tools such as PDB-101.

“In the future, there is no doubt that the number, size, and complexity of the structures in the PDB will continue to grow,” Berman said. “The same is true for the armament of hybrid methods utilized to determine structures – a variety of biophysical, biochemical and modeling techniques to represent the shapes of complex molecular machines. Forty years later, our challenge remains to support scientific discovery and to promote public understanding of how the shapes of proteins and nucleic acids are vital to the study of medicine.”