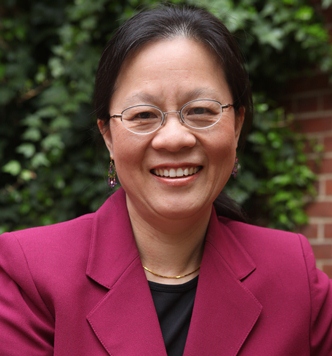 Professor Jing Li was recently honored by the U.S. Clean Energy Education and Empowerment (C3E) women's initiative with the 2012 U.S. C3E Award for outstanding contribution to scientific research in innovation and technology development. Li was one of six women to be honored by the U.S. Department of Energy led program.

Li was also recently elected a Fellow of the American Association for the Advancement of Science, a prestigious peer honor recognizing contributions to science and technology.

Li’s research interests and activities are primarily in the areas of solid-state inorganic and inorganic-organic hybrid materials that possess interesting and useful properties for clean energy applications. She has led extensive research on developing and advancing rare-earth free white light phosphors, which have the potential to be used as an alternative low-cost and energy-efficient general lighting source.

“The ever-increasing energy demands and the concerns about global warming have underscored the importance of developing high-efficiency light sources to reduce consumption,” said Li, a Cranbury resident and mother of two. “Solid-state lighting (SSL) technology in the form of light-emitting diodes (LEDs) can convert electricity into light much more efficiently than conventional lighting sources. It has been predicted that a nationwide move toward SSL for general illumination in the U.S. would reduce electric energy consumption for lighting by roughly 25 percent, saving $120 billion in energy expenses, and reduce CO2 emissions by 246 million metric tons over the next 20 years. Low-cost and high-efficiency LEDs are being intensely explored, especially white LEDs (WLEDs), which are considered a potential light source to replace conventional incandescent or fluorescent lighting.”

Li’s most recent research on hybrid white light phosphors was published in the January issue of Angewandte Chemie International Edition and April issue of Chemistry of Materials. She has published over 220 scientific papers, including 12 invited reviews.

The U.S. C3E Awards are intended to recognize rising women in clean energy who have demonstrated leadership and high achievement within one of the six award categories and have the potential for significant future contribution. The awards were administered by the MIT Energy Initiative, which recognized each of the awardees with a $10,000 cash prize. The Clean Energy Education and Empowerment (C3E) program, led by the U.S. Department of Energy, is designed to help increase the number of women engaged in clean energy disciplines, from science and academia, to industry, to policy, to advocacy.

Li is a member of the American Chemical Society, the American Association for the Advancement of Science, the Materials Research Society, and Sigma Xi. She has received a number of awards, including the Presidential Faculty Fellow Award; National Science Foundation CAREER Award; Cheung Kong Guest Chair Professor Award from the Ministry of Education of China; Outstanding Achievement Award from the Chinese Association of Science and Technology; and the Board of Trustees Fellowship for Scholarly Excellence from Rutgers University. She is currently an Associate Editor for the Journal of Solid State Chemistry and a member of the Editorial Advisory Board of Crystal Growth and Design.