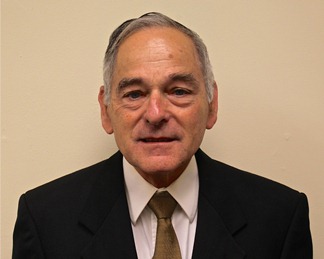 Professor Joseph Anthony Potenza, Ph.D. has been named a Fellow of the American Chemical Society (ACS), recognizing over 44 years of service to the advancement of chemistry and the education of students. The honor was announced during the organization’s Fall Meeting in Philadelphia.

Potenza’s career at Rutgers spans six decades, starting as an Assistant Professor of Chemistry in 1968 and culminating with his retirement as University Professor Emeritus in July. The Piscataway resident also held multiple positions in the Rutgers administration over the years, including Provost and Dean of the Graduate School, Associate Provost for Academic Affairs in the Sciences and Chairman of the Department of Chemistry.

“Obviously, there have been many changes over the years, the most notable being the evolution of Rutgers into one of the leading state universities in the nation,” said Potenza, 70. “It has been a tremendous time of change and the Chemistry program has transitioned into one of the most respected research and undergraduate programs in the country. But I am most proud of the students who reach out and find me 20 or 30 years later to let me know my class helped them launch a successful career. In Chemistry, we have the opportunity to change the world and improve lives every day, so creating the future leaders of our field is very important.”

Potenza has co-authored more than 170 research articles in the areas of boron chemistry, collision mechanics in liquids, x-ray crystallography, and bioinorganic chemistry. He was an Alfred P. Sloan Fellow and has received many other prestigious honors in Chemistry, including the Alexander von Humboldt Senior Scientist Award. As a teacher, he has received three Outstanding Teacher Awards, including the Susman Award, Rutgers highest teaching honor.

Potenza maintained a cutting edge research program at the same time he served as Chemistry Chair, Dean and Provost. He is widely recognized for his ability to make high-level simultaneous contributions in teaching, research and administration.

Potenza received a Ph.D. in Chemistry from Harvard University in 1967 and a B.S. in Chemistry from the Polytechnic Institute of New York University in 1962.  He also served as a Research Physicist and Captain in the U.S. Army for two years. Potenza has held numerous professional leadership positions, including Chairman of the American Chemical Society’s North Jersey Section. Potenza and his wife, Janet, have two sons and four grandchildren.