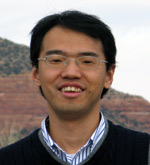 Cellular functions rely on a series of organized and regulated multienzyme cascade reactions. The catalytic efficiency of multienzyme complexes depends on the spatial organization of composite components which are precisely controlled to facilitate substrate transport and regulate activities. If these cellular mechanisms can be mimicked and translated to a non-living artificial system, it can be useful in a broad range of applications that will bring significant scientific and economic impact. Self-assembled DNA nanostructures are promising to organize biomolecular components into prescribed, multi-dimensional patterns. Here, we described a robust strategy for DNA-scaffolded assembly and confinement of biochemical reactions. DNA nanostructures are exploited to organize spatial arrangements of multienzyme cascades with control over their relative distance, substrate diffusion paths, compartmentalization and functional actuation. The combination of addressable DNA assembly and multienzyme cascades promises to deliver breakthroughs toward the engineering of novel biomimetic reactors, which have great potential for broad applications from chemical synthesis, functional biomaterials and biofuel production to therapeutics and diagnosis.